Why Testosterone Pellets for Men?

What is Involved with Treatment?

If you are deemed an appropriate candidate for testosterone therapy (and after baseline blood work and appropriate consultation), you will have a small area of skin at your waist line below the “love handle” area numbed with a local anesthetic. A small cut in the skin of about a 16th of an inch (3 millimeters) is made in the numb area. A tiny metal tube with a plunger then painlessly inserts the testosterone pellets into the deep fat where you won’t be able to feel it. A steri-strip skin tape is used to cover the small skin opening which falls off in 4 or 5 days after the skin heals closed. That’s it! Come back every 4 months to repeat the process. For 5 days after the insertion. You should not do high impact activities or put direct pressure on the pellets (by performing sit-ups on a hard floor for example). If you want to stop treatment – stop when you are willing to feel the way you did before treatment.

When Will I Notice Improvements and Does Everyone Respond?

Every man is different in this regard. In general, most men notice improvements in exercise tolerance, mood and energy with in the first month or so. However, a large change in body composition with decreased body fat and increased muscle mass may take multiple months and several treatments. By the time you are into your second set of pellets (month 5 through 8), you should notice significant improvements in nearly every category. Improvements continue for a year or longer until you reach your optimum condition. Healthy diet with lower carbs and regular exercise further enhance the results. While it is highly unlikely, there are rare cases (about 1% of the time in my practice) when the man does not feel enough improvement occurred after the second set of pellets to continue.

How do I get started?

When you call to schedule an appointment to consult with us on possible T pellet supplementation, we will want to make sure you have appropriate lab work done in advance. If you have current PSA, Testosterone level, Estrogen level, and CBC along with any appropriate other blood work (fasting blood sugar, Cholesterol levels, etc.), you will need to bring it with you. Otherwise a lab sheet will be sent to you for blood work in advance of the consultation. During the consultation, we will discuss your medical history, the issues that are bothering you, your unique concerns, and whether T pellets seem a good option for you.

The Missing T: Is this No Big Deal …or a Life and Death Problem?

What is the Best Way of Treating Low T?

In my opinion from my extensive research and experience, the ideal treatment would be to provide a man with a constant level of available testosterone sufficient to meet his optimal needs and demands. Gels have issues with absorption and available levels being inconsistent throughout the day. Injections have issues with spiking peaks and valleys in availability. Oral T supplementation is not a viable option as it gets metabolized in the liver before it gets to the blood stream. Testosterone Pellets have been used since 1939 in the US, and provide a constant reservoir of T with a steady state release rate over the effective life of the pellet. Each pellet insertion in men lasts approximately 4 months. I and others have concluded that, for the foreseeable future, T pellets are the best way in which to supplement Testosterone in men and women.

What are the Health Dangers of Low Testosterone?

The first risk of low T that bears mentioning is: DEATH

An 8-year study reported in 2006 study by the Veterans Administration showed a 75% increase in death rate among men 40 years old and older with T levels below 250ng/dl compared to those above 450 ng/dl in. Multiple other scientific studies have confirmed a significant increase in risk of death from all causes in men of various age groups with low testosterone levels. Low levels of Testosterone have been shown in multiple studies to be associated with dramatically increased risks of:

What Are Signs and Symptoms of Low Testosterone?

Do All Symptoms Occur at Once or at Different Levels?

This question leads to the introduction of the idea of Relative Androgen Deficiency, or RAD. RAD simply states that you will develop each individual symptom of low T as described above at a T level unique to you. For, example Joe may develop a depressive low energy mood issue at a T level below 500, while Jim may not have that issue until he is below 400. We are unique individuals, and while generalizations and averages can be helpful for a general understanding, each person will develop a specific symptom at a T level specific to them. However, in general:

Additionally, some internists are now recommending that men with levels below 500ng/dl consider treatment for preventative health reasons, even if they are not experiencing significant symptoms.

What Benefits Might I Expect from T pellet therapy if my Testosterone level is Causing My Symptoms?

Does Testosterone Cause Cancer or dangerous side effects?

NO! Doctors were mistakenly taught for nearly 7 decades that Testosterone caused Prostate cancer. This fallacy has been proven wrong by many international studies published since 2006. In fact, much evidence now points to the findings that men with Low T are more likely to develop prostate cancer, and that the prostate cancer in men with low T men is likely to be a more aggressive form.

Are there any Side Effects of T Pellet Therapy in Men? Misconceptions debunked!

The popular assumption of T supplementation leading to “steroid rage” and early death from cancers and heart failure are due to body builders abuse of synthetic “Testosterone Mimic” designer drugs. These non-human hormones bind abnormally to our testosterone and estrogen receptors, wreaking havoc with our human physiology and mental state. Furthermore, the break down products of these designer drugs often cause further damage to our organs. I cannot state strongly enough that men and women should try to stay away from all estrogen or testosterone “like” drugs that are not molecularly identical to the human hormone.

As a rule of thumb, if you can swallow it to be effective… it is not bio-identical testosterone or estrogen!

There have been studies in which healthy men were treated with large doses of molecularly identical human testosterone (bio-identical testosterone) up to many times the “normal” blood level with no ill effects! In particular, all modern studies of behavior have shown NO increase in aggression with bio-identical T supplementation. In fact, the men supplemented with T became more “friendly” and less irritable on the psychological scale!

Muscle strength and size will modestly increase with T therapy, which consistent weight training will further enhance. You will not get muscularly huge or disproportionate from T pellets.

Sperm counts drop significantly after a month of being on pellet therapy, but this should not be relied upon for birth control. This is reversible! Sperm counts will return to your baseline 6 months after the last pellet insertion.

In most men, the red blood cell count will increase. In a small percentage of men, the hematocrit (measurement of red blood cells in your blood) will increase to a bit above the “normal “ range as defined by the laboratories. The science literature has failed to associate this with any increase risk of blood clots, most likely due to the decrease in inflammatory clotting factors the T pellets cause! Nonetheless, if you or your doctor are concerned about an elevated red blood count, a blood donation at the red cross every couple of months would relieve that problem.

There has been no increase in male pattern balding noticed from the T pellets. (In some men, balding is increased by DHT (dihydrotestosterone) not testosterone. They are not the same hormone and increasing T levels has not been shown to increase DHT levels.) 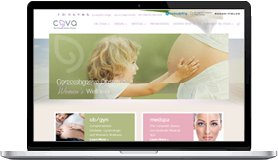 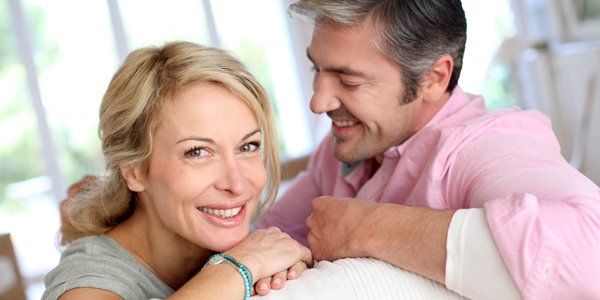 The Complete Women’s Practice is the incorporation of obstetric and gynecological care with medical grade cosmetic products and aesthetic services to create the comprehensive center for your complete well being.